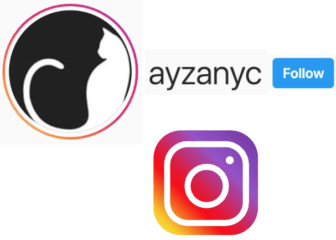 You can’t take a trip to New York City without partaking in the city’s biggest apples — and other fresh local foods. Be sure to make time to take a break from the tourist attractions and visit one of the many farmers markets to enjoy a true taste of New York.
Since 1976, the nonprofit organization Greenmarket has operated farmers markets in New York City to bring fresh, locally produced goods to city dwellers, while supporting nearby producers. More than 200 regional farmers, fishers and bakers sell their wares in these markets. No middlemen allowed, so you can be sure the people selling to you are the same people who grew, caught, baked, or bottled those items.
The following Greenmarkets are based in each of the five boroughs, with a shared mission. But each offers its own unique flavor. The Greenmarket’s flagship location is famous for its huge variety of just-picked fresh fruits and vegetables. You’ll also find heritage meats and dairy, artisan breads, and a rainbow display of fresh-cut flowers. Looking for local wine, ciders, honey, or New England maple syrup? You’ll find it all here. The energy at Union Square on market days is charged, with tens of thousands of shoppers making the scene. Open year-round on the north and west sides of Union Square Park, local chefs offer cooking demos and samples. Download the Union Station Greenmarket app for details on specific daily offerings.

Keep an eye out for cookbook and food writers who come by to do book signings.
Celebrated restaurateur and award-winning author Alice Waters is a repeat visitor. Her last signings included her recent memoir, Coming to My Senses: The Making of a Counterculture Cook.

Note: The market is only open on Mondays, Wednesdays, Fridays, and Saturdays from
8 a.m.- 6 p.m.
Be sure to bring cash since not all producers accept credit or debit cards.

Situated just outside the entrance of historic Fort Greene Park in Brooklyn, this Greenmarket is open year-round from 8 a.m. – 3 p.m. every Saturday. The setting is classic Brooklyn with chestnut tree-lined streets and charming brownstones. The market serves a diverse community of young, urban professionals and family members of every generation. Come hang out and understand how it would feel to live in the coolest borough- the place where Spike Lee, Jay-Z and Jimmy Fallon grew up.
About 40% of Brooklyn residents were born in other countries and speak more than 200 different languages. It is one of the most multicultural cities on the planet.

Keep an eye open for Hudson Valley family operation Kimchee Harvest. They take fresh foods “straight out of the ground” and ferment them using traditional Korean techniques. Of course, they use only New York grown ingredients. Sisters Jenny and Madalyn, brother Arthur, and their mother Ji run the show.

The Greenmarket at Bronx Borough Hall is open June through November every Tuesday from 8 till 4. It’s a favorite stop near the Hall and County Courthouse for those who live and work in the area. Located alongside Joyce Kilmer Park, you’ll find seasonal fruits and veggies, local honey, and a variety of baked goods.

Keep an eye open for the longtime family-run Hudson Valley produce stand Migliorelli’s. Angelo and Rocco Migliorelli began peddling vegetables around the Bronx by horse and cart back in the early 1930s. In the prime agricultural soils east of the Hudson River, their children and grandchildren now grow more than 130 different fruits and vegetables. Their specialty? The same strain of broccoli raab Angelo brought from the Lazio region of Italy when he immigrated to New York. The family uses sustainable practices, including Integrated Pest Management (IPM) to maintain the farm.

Farmers aren’t the only ones gathering here on Sundays year-round from 8 to 3.
Located at 34th Avenue between 79th  and 80th streets, The Jackson Heights Greenmarket is the largest and busiest farmers market in the borough. You may know it for its large Chinatown and for playing host to the annual U.S. Open Tennis Championships in Flushing Meadows-Corona Park. The USTA Billie Jean King National Tennis Center, which includes Arthur Ashe Stadium, is one of the world’s largest.

Keep an eye open for Nature’s Way Farm stand from the Finger Lakes region of upstate New York. The farm has been operating near Seneca Lake for three generations. It’s famous for its local honey and bee pollen products including lip balm and soap. The family also breeds queen bees and sells colonies to other beekeepers to help propagate the population of pollinators. Keep an eye open for fresh fall apples from the Orchards of Concklin in Rockland County, New York. An impressive ten generations of family members have tended the orchards where visitors are able to pick their own apples in the fall. You can choose from more than a dozen varieties including Honey Crisp, Winesap, Golden Delicious, and Granny Smiths. Apple cider and cider donuts are two of the tasty treats you’ll find at the stand in the Staten Island Mall Greenmarket.

New York State is home to a wide range of urban and more rural lifestyles and meets a variety of top requirements for good living. It’s no wonder New York ranks No. 3 in the United States on the Quality of Life Index. The Greenmarkets are a perfect way for New Yorkers to come together over a shared passion for fresh local foods. As a visitor, you’ll appreciate this authentic New York experience, and the treasures you find off the beaten tourist paths.
Kristen Kidd is a freelance writer who enjoys eating locally produced foods wherever she travels, including her first baked potato in Idaho and first blackberry pie in Oregon.
Kidd is based in Denver, Colorado where the variety of craft beers are endless year-round, but the Rocky Ford Cantaloupes are only available for 6-8 weeks each summer.